Back in the 90s, before President Bill Clinton put ink-to-paper, businessman Donald Trump spoke out against the NAFTA deal — exclaiming that it would ‘only help Mexico’ ..

https://t.co/T4VqtdS7hw #BuzzFeed is a joke but I've researched this & it's true, Trump spoke against #NAFTA back in the 90s. He was CORRECT .. fast forward to 2017, that businessman is currently the 45th President of the USA & he’s fighting like hell to finally get rid of NAFTA.

That’s great foresight by Trump there. While Bill Clinton pushed for NAFTA, Trump was against it.

https://t.co/Nd1cfpUaCC Billy The Rapist did not have sexual relations w/ Monica & he is not to blame for NAFTA. Capitalism is to blame

Bill promoted NAFTA & then proudly signed it into law. NAFTA is on your old a$$, Billy boy. But of course he won’t take the blame, instead he says capitalism is why NAFTA’s a failure. Just like his evil wife Hillary, who blamed ‘Honest’ Abe Lincoln for her ‘public policy/private policy’ deceit.

Ever since 1993, Trump opposed NAFTA. Trump called out the deal and predicted Mexico would suck all the jobs out and they’d be the only country to benefit — and that is precisely what happened. Just like the time Trump stood against the Iraq War, and he was one of the only few prominent American figures to take a stand and try to stop it. Just like Trump predicted Osama bin Laden in a book he wrote, and then a year or 2 later — Osama bin Laden had the WTC knocked down. Trump has very good foresight. But it’s really amazing how spot-on his NAFTA prediction turned out to be.

We Americans are laughed at around the world for losing a hundred and fifty billion dollars year after year, for defending wealthy nations for nothing, nations that would be wiped off the face of the earth in about fifteen minutes if it weren’t for us. Our “allies” are making billions screwing us.”

Ex-rival billionaire kingpin Carlos Slim (owns NY Times & put out false rape allegations) met with Pres. Trump months back to discuss many things. Reportedly, Carlos Slim was really trying to persuade Trump to leave NAFTA alone. Looks like Carlos Slim failed (just like he did when he lost a few billions on election night). NAFTA is Mexico’s lifeboat and without it, that 3rd world cesspit of drugs, gangs, poverty, and scum will fall into the fires. Mexico is hanging on by one last thread and that thread is NAFTA. Well, I’d love to sympathize for them — but seeing how rude and arrogant Mexico President Pena Nieto has been to President Trump. To see how former Mexico President Vincente Fox has treated Trump, cussing him out and flipping him off etc. And to see how hypocritical Mexico is to claim Trump’s border wall plan is ‘racist’ despite the fact Mexico has a wall on their southern border.. just wow. it’s so hypocritical, it makes my jaw drop. So to see how utterly rude the Mexico gov’t has been to Pres. Trump, I do not feel bad for them anymore. I think Trump would try and help Mexico keep NAFTA after some tweaking to level the deal out better, but after the disrespect they’ve shown Trump — I believe he’s just ready to throw NAFTA to the wood-chipper.

Look at that disgusting footage above. Mexican politicans wacking a Trump piñata. Really threatening and sadistic. That’s the kind of stuff that turns us Trump supporters (black, white, Hispanic) against the Mexican gov’t. Totally immature, immoral, and DISRESPECTFUL.

Yesterday, President Trump discussed the current U.S.-Canada milk trade dispute. Canada is unfairly charging the U.S. to move dairy products across their border, which is just another reason why NAFTA does nothing good for the U.S. Tsk, tsk, tsk. Mexico has totally abused us economically and sucked our jobs away like a vacuum, and now Canada is really stirring up a fight over dairy products. And Canada PM Trudeau really thinks this is how he will convince Trump to keep NAFTA? Haha, get a grip Muslim boy!

Trump issues trade warning to Canada: "It's another typical one-sided deal against the United States and it's not … https://t.co/wsjD6RBttu

In February, Canada implemented a policy that makes it more difficult for U.S. dairy producers to sell their products across the border. The dairy farmers have been severely crippled for years — mainly due to stagnating milk prices. Canada’s abusive and cruel policy just makes it worse. Cayuga Milk Ingredients of New York says it could lose 25% of its sales after investing more than $100 million in an updated, brand new ultra-filtered milk processing plant. Wow. #ThanksTrudeau

President Trump didn’t hold any words back yesterday when discussing this predicament. Trump blasted Canada’s dairy border policy, as he rightfully should. Trump said that we will “stand up for our dairy farmers” and demand ‘fair trade immediately with all trade partners including Canada’..

Trump: We're going to stand up for our dairy farmers in Wisconsin – Fox Business https://t.co/8deEbBNBFc

Trump also said that Canada has been doing “some very unfair things” to America’s dairy farmers. Trump said he plans to seriously talk with the Canadian gov’t over the phone and ‘get a solution’.

"We're going to get a solution" to Canada's protectionist dairy rules, Trump says. "We’re going to work on that starting today."

Trump then turned his attention to the abusively bad trade deal NAFTA. Folks, Trump literally had to scrap and claw and fight and come up with every businessman tactic he could just to stop Carrier from exporting roughly 1,000 jobs to Mexico. Trump did it, while Obama stood by. Trump did it as the President-elect with limited resources, while Obama who was the incumbent President stood by and didn’t raise a finger to help the Carrier workers. Well the Carrier issue is just one small fraction of the issues with NAFTA. Mexico has drained us of our jobs and has totally abused us for too long through NAFTA. Trump called it back in the 90s & despite this Bill Clinton proudly signed the horrendous deal. Trump went on to say that NAFTA is “very, very bad” and has been “a complete and total disaster” for the U.S.

.@POTUS: "NAFTA has been a disaster for the United States. A complete and total disaster." pic.twitter.com/O2yaMGrVFA

Trump also reiterated his campaign pledge to severely fix NAFTA or obliterate it.

Trump: "We're going to make some very big changes or we are going to get rid of NAFTA for once and for all" https://t.co/EAyEmDf0Vf pic.twitter.com/h2DkPuPHZT

Wisconsin Gov. Scott Walker along with New York Gov. Andrew Cuomo sent a joint letter to Trump urging him to “address Canada’s protectionist dairy trade policies so that they honor their international commitments under NAFTA and other trade agreements”

I totally agree with the two Governors there. When I first read about this new Canada dairy policy, I was dumbfounded because I assumed NAFTA prevented them from doing such an absurd thing. But now I see that I was right & NAFTA’s rules demand that Canada or the U.S. or Mexico doesn’t put up such a protectionist trade policy like this. So Canada is openly, brazenly, disgustingly breaking the primary NAFTA rule right in our face. It’s time to rip up this sh*tty NAFTA deal ASAP.

Trump knew it would be a clusterf*ck when he was just a businessman back a long time ago, and boy oh boy — he was right on target. Wish Trump would’ve became POTUS back in the 90s, this country would not be in such peril today if he did.

Folks, NAFTA is literally the North American FREE TRADE Agreement. FREE TRADE means free trade across the borders between Canada, U.S., and Mexico. And yet here’s Canada charging us fat wads of cash to send f’ing milk jugs into their country. I MEAN WHAT THE F*CK? Canada is literally breaking the core principle of NAFTA. Do they not get what FREE TRADE means? Why did Bill Clinton ever sign this stupid a$$ agreement into official policy? HE IS EITHER DUMBER THAN A ROCK OR JUST A TOTALLY EVIL GLOBALIST SHILL. Maybe both. 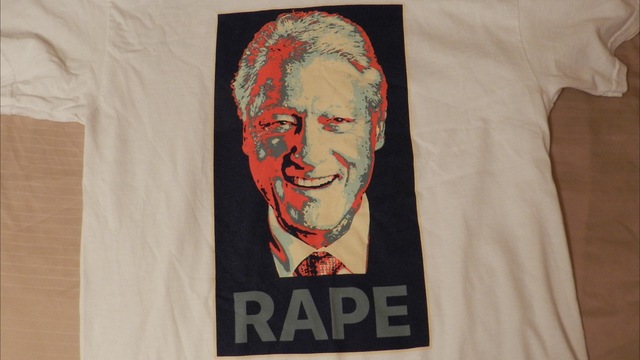 TPP was going to be a bigger and even more chaotic version of NAFTA. Bernie Sanders even agreed with his rival Trump about TPP. Wow. Bernie the lazy socialist has common ground (on an economic issue) with Donald the high-energy capitalist. Who woulda thought? 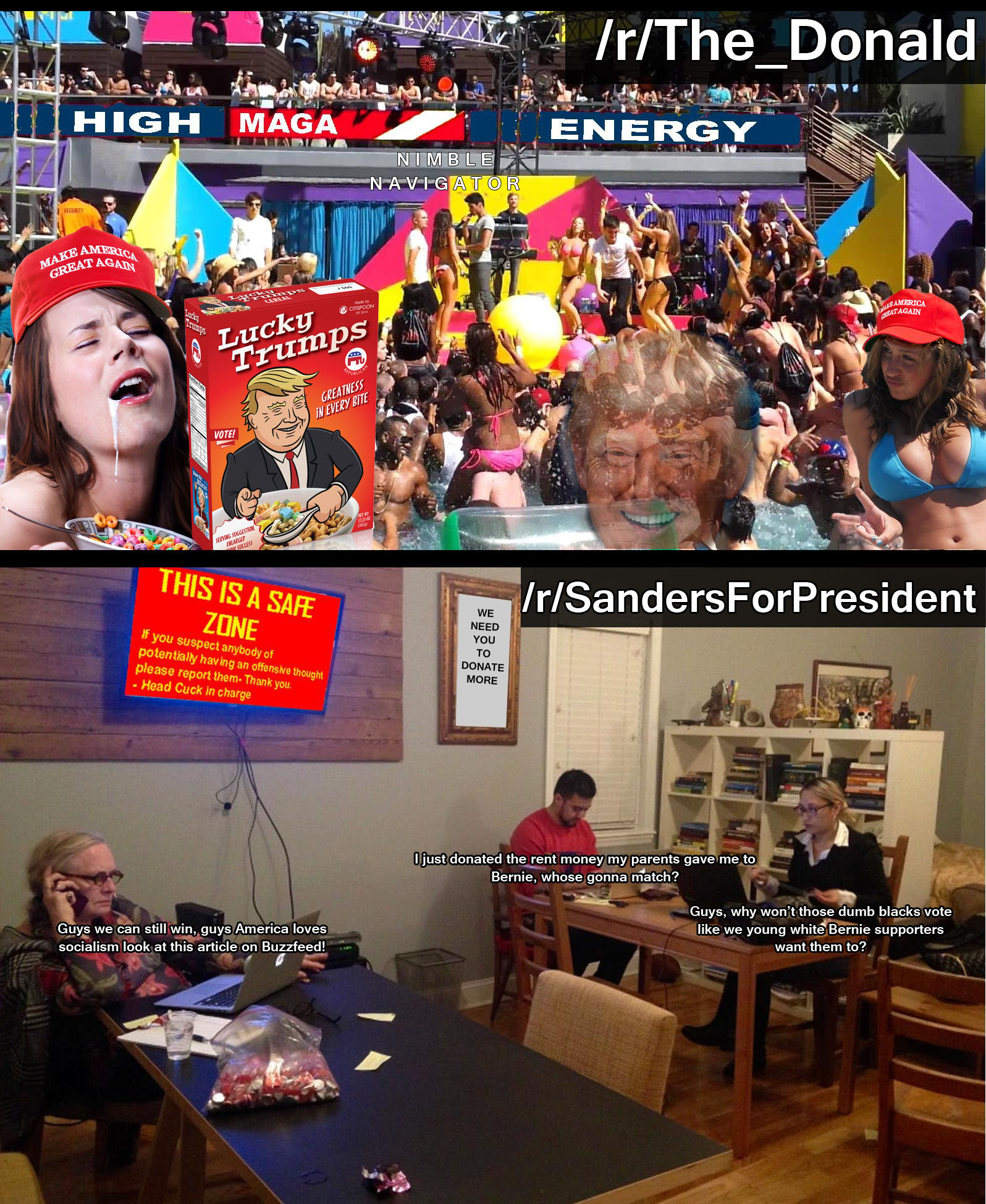 But anyways, Obama’s parting gift to really GUT the American worker once last time was to get TPP passed. Obama tried but did not get it through in time, so when Trump got in the Oval Office — he took TPP & wiped his a$$ with it. I mean might as well use TPP for TP, because it’s a SH*T trade deal.

Just like Trump trashed TPP, Trump is ready to trash NAFTA if necessary.

Trump is 110% on target to call your stupid socialist gov’t out for this total blasphemous wrongdoing. Your gov’t is breaking the trade agreement clause, and hurting the U.S. dairy workers at the same time. Let’s reverse the scenario. What if the U.S. randomly threw up a stiff border tax against Canada for dairy? I doubt Canada would be okay with that. HUH?! What if the U.S. just randomly told the Canadian dairy workers to stick it where the sun don’t shine AS WE PUT UP A BIG, EXPENSIVE DAIRY BORDER TAX & BLATANTLY BREAK NAFTA’s CORE RULE. I mean c’mon. Trudeau really wants to act like this isn’t a big deal? Just last month Trudeau lectured Trump telling him border taxes would hurt the U.S. — yet here’s Canada with a border tax on f**king dairy products. WTF, MAN?! TOTALLY LUDICROUS. This Trudeau guy is a babyfaced chickensh*t. He’ll smile at you with that effeminate look & then when he flies back to Canada he’s gonna lecture you about how they can have border taxes but the U.S. can’t. NAFTA sucks!

So now Canada is trying to smack us around with NAFTA. Totally ridiculous. I know Trump won’t take this bullsh*t for long. Honestly, it’s about time we see more anti-NAFTA protests. This is just going way too far. NAFTA has allowed Mexico to batter the U.S. like a trailerpark hick beats his fat wife. And now Canada is really getting this vainly combative against us — by breaking the central NAFTA rule?

Even Senator Chuck Schumer (New York-D) is in-sync with President Trump on this dairy trade issue. Senator Schumer also called out to Trump to take a stand against Canada’s disloyal NAFTA rule-breaking.

At the same Wisconsin event, President Trump signed his ‘BUY AMERICAN, HIRE AMERICAN’ executive order in front of the crowd.

.@POTUS: "We are about to take bold new steps to follow through on my pledge to "Buy American and Hire American." pic.twitter.com/8gePwlQHM6

.@POTUS: "This historic action declares that the policy of our government is to aggressively promote and use American-made goods." pic.twitter.com/mJtkbZStlz

“With this action, we’re sending a powerful signal to the world and we’re going to defend our workers, protect our jobs, and finally put America first”

.. Trump then said “No longer are we going to allow foreign countries to cheat our producers and our workers out of federal contracts,” Yep, Canada. You’re our northern neighbor but you are not gonna cheat us like this. Trump also stated that “No one can compete with American workers when they are given a fair and level playing field, which has not happened for decades,”

.@POTUS: "No one can compete with American workers when they're given a fair and level playing field." pic.twitter.com/9JzZU1ASm1

Watch the full event below.