He said “if you like your doctor, you can keep your doctor” and totally conned the entire country with his disastrous healthcare program called ‘Obamacare’. It’s officially called the ‘Affordable Care Act’ but it is nowhere near close to ‘affordable’. In fact, it’s wrecked many jobs and has made healthcare MORE EXPENSIVE to Americans! Yet President Obama defends it and says that many Americans love Obamacare!

(Obamacare protester holds up a sign that displays the message: ‘It’s NOT Working’)

President Obama also said that ISIS is “contained”, despite the fact that they are spreading like wildfire and have taken over multiple areas due to Obama’s weak foreign policies (that have emboldened radical Islam).

President Obama also said, earlier tonight in Peru, that his administration had no scandals. Ummm, there’s plenty of scandals! Benghazi being one of many, jerk!

Obama thinks he's terrific. Claims he's leaving office without any scandals. Said it with a straight face too! pic.twitter.com/EiYK73uIZV

(Obama’s claim that he had no scandals while in The White House is completely delusional. Honestly, it’s hysterical that he actually said this with a straight face.)

Instead of (Obama) admitting that he’s been a complete failure as the 44th US President and instead of recognizing the fact that his failed policies led to the American people choosing change (Donald Trump), he (Obama) would rather blame Trump’s victory on “fake news” a.k.a. conservatives news sites! Total lie! At APEC, President Obama concluded the day with a press conference. He discussed quite a few subjects and eventually got around to calling conservative news “fake news”. 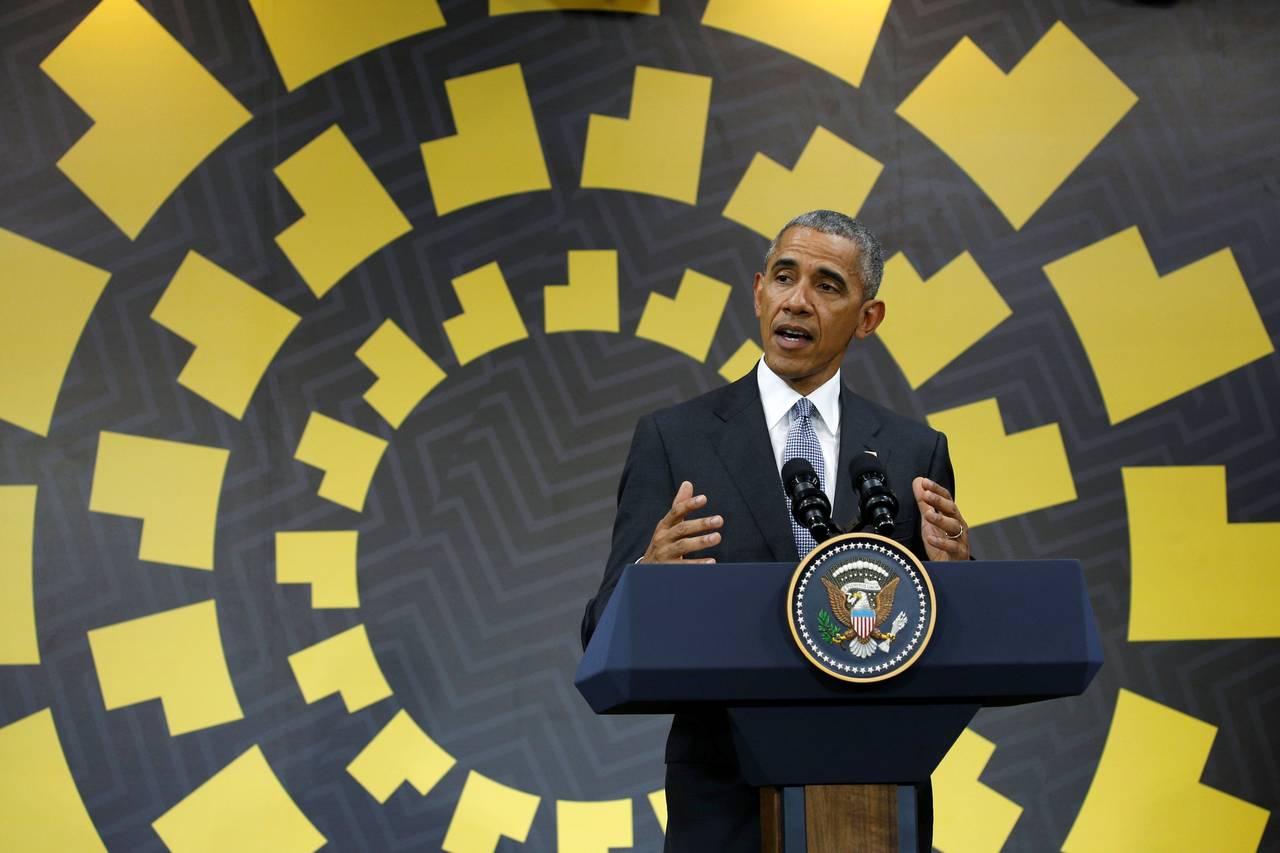 “Part of what’s changed in politics is social media and how people are receiving information. It’s easier to make negative attacks and simplistic slogans than it is to communicate complex policies.”

Obviously when Obama mentioned “simplistic slogans” he was talking about Trump’s campaign slogan.

And it is funny how Obama is blaming social media for Hillary’s loss despite the fact that Twitter and Facebook censored pro-Trump hashtags and hid stories that hurt Hillary’s campaign. The two biggest social media platforms were in the tank for Hillary and yet she still lost!

Obama then attacked conservative news sites. Obama is not a leader so he must follow, and he followed the liberal media’s stupid narrative:

“As I’ve said before the concern I have has less to do with any particular misinformation or propaganda that’s being put out by any particular party and a greater concern about the general information from all kinds of sources, both domestic, foreign, on social media, that make if very difficult for voters to figure out what’s true and what’s not… In general if we have elections that aren’t focused on issues and are full of fake news and false information and distractions then the issue is going to be… what are we doing to ourselves from the inside.”

Once again, like Obama ALWAYS DOES, he points the finger at something else (other than himself) and refuses to take the blame! Obama’s foreign policies have allowed ISIS to turn into a mighty power, Obama’s economic policies have hurt the middle class and poorer communities as well, Obama’s extremely divisive rhetoric has made our country more racially-divided than it’s been in years, he’s befriended Black Lives Matter and has brought the sadistic group to The White House (despite the fact that they’re the same group that endorses the murdering of brave policemen and policewomen), and Obama also put countless coal miners out of business, among other things. The American people are fed up with Obama and his failed policies and they want change. The American people want a strong leader with integrity and proven leadership. The American people want a person who never gives up, even when the adversity is (seemingly) overwhelming. The American people want a patriotic individual with undeniable love for the USA. The American people want a bold leader who is unapologetic about the greatest country in the history of the world, the U.S. of A.

The American people are tired of Obama and his weakness and his terrible policies. But instead, Obama goes fully delusional and blames conservative news sites for the rejection of Hillary Clinton — despite the fact being that Obama’s failures as the President led to the American people electing Donald Trump in an ELECTORAL LANDSLIDE. Red from coast to coast!

Obama, take off your ‘tinfoil hat’ and accept the fact that YOU SUCK!

Tell me your thoughts on President Obama’s delusional conspiracy theory (that “fake news” was the reason Hillary Clinton got demolished on election night)!

Thank you for reading!